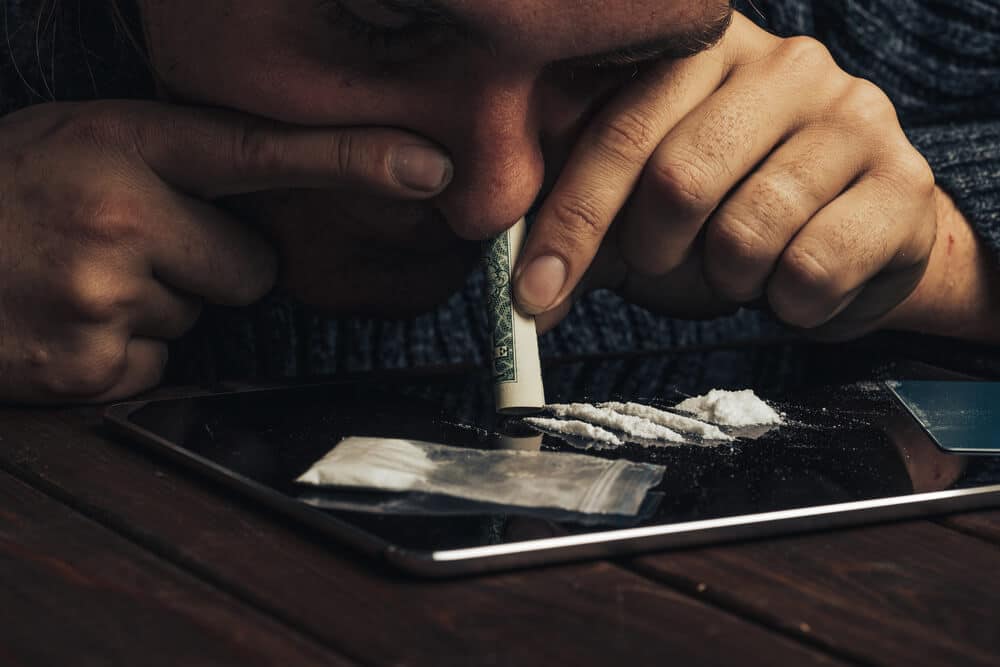 How Dangerous Can A Cocaine Tolerance Be?

Cocaine has many addictive behaviors which can lead to a high level of abuse and tolerance.

Cocaine is a stimulant that has been ingested and chewed over thousands of years. It is also highly addictive and can change the brain’s structure and function if used over and over again.

Is cocaine physically addictive? Cocaine is rated as a schedule II drug which shows that it not only has a high potential for abuse but can also be used by a doctor for legitimate medical use. In general, cocaine is a widely abused drug that individuals use either through injection, snorting or powder.

Here we’re going to talk about cocaine tolerance and well as cocaine addiction treatment and why cocaine is physically addictive.

Yes! Cocaine is physically addictive. Repeated use of cocaine can not only cause addiction but also cocaine tolerance, meaning that the individual must use more in order to try and reach the initial high they first felt.

An unfortunate truth is that cocaine tolerance builds quickly, especially when used frequently, leading to dangerous situations for individuals using it. On top of rapidly building a tolerance, it is physically addictive because of the type of psychological habits it forms.

Experiencing cocaine tolerance may also mean that individuals eventually experience the reverse effect with regular use meaning that eventually after a certain amount of use they may take so much that they feel the intenseness of drug causing life-threatening effects.

When an individual reaches this point, it’s a great time to think about and talk about cocaine addiction treatment. If reverse tolerance occurs, individuals could experience cardiac arrest, overdose or respiratory failure.

This is a serious outcome of cocaine abuse and although it is a commonly used drug, it can create chaos in the user’s life.

Cocaine tolerance can be developed even after the first use and can lead to dangerous situations for the user. Cocaine tolerance means that the person taking it must use more in order to reach the feeling they are searching for.

It can create intense cravings when not used and the nature of this drug shows that the more you use, the more you want. One thing a cocaine user can expect is that over a period of frequent use, they are using up all the dopamine in the brain and they are going to reach the point where there is no dopamine left.

The euphoria they are seeking will be impossible to find and they may have to wait days or weeks to allow their body to recover before using again.
Oftentimes cocaine tolerance is hard to spot because of how frequently it is used with other substances.

This can be for a long list of reasons but because cocaine doesn’t have long effects, users frequently mix it with other substances to enhance the effects. This can lead to another set of issues if individuals are repeatedly mixing cocaine and other substances such as alcohol, heroin, MDMA etc.

This is bad for the individual because the brain begins to adapt to the substances in the body leading to an increase in the risk of health consequences or even death.

Cocaine overdose can be noted by some of the followings signs or symptoms:

When you develop a tolerance it may be easy to shrug off the other potential dangers because you don’t notice the drug affecting you like it did before but this doesn’t mean it’s not affecting you.

Getting cocaine addiction treatment can help your body heal as well as your brain. Seek help before decisions are made that are irreversible.

Our addiction specialists are looking forward to speaking to you and helping you or your loved one learn how to prevent alcohol relapse. Call us today at 888-597-3547.